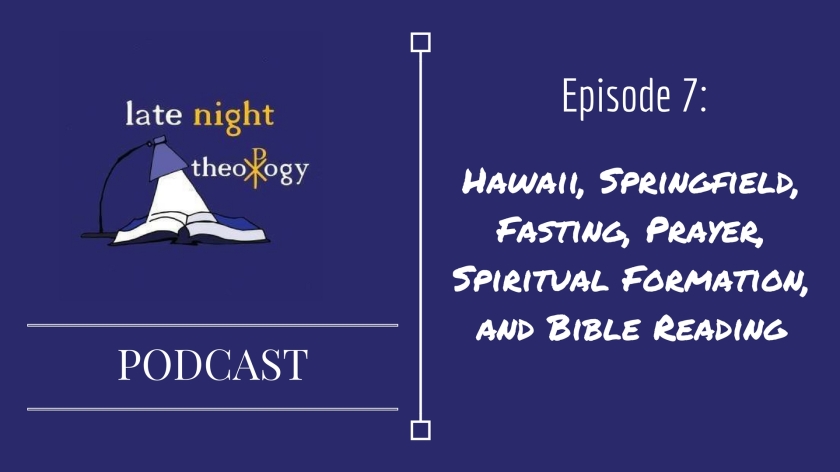 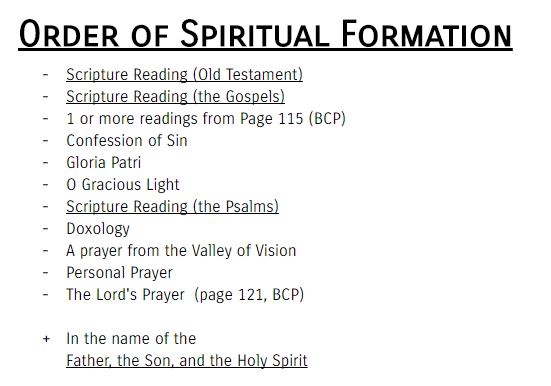 A Year with God by – Richard Foster and Julia Roller

The Life with God Bible

A Hunger for God – John Piper

I’ve been reading “Evil and the Justice of God” by N.T. Wright, and as N.T. Wright’s books usually go, so far I’ve not been disappointed. Once or twice I’ve raised my eyebrows in hesitation, but so far he’s not said anything that I just overtly disagree with. However, he did make a statement that has inspired this post.

Wright is talking about the end of the book of Job and he brings up how it is easy for us to dismiss the trouble that Job is going through because eventually Job is going to Heaven and joys of Heaven will be so tremendous that it will practically (if not literally) make Job forget that he ever went through anything bad.

“It might have been easy for the author… to say that after Job’s death the angels carried him to a paradise where everything was so wonderful that he forgot what a terrible time he’d had one earth. But that is emphatically not the point. The question is about God’s moral government of this world, not about the way in which we should leave this world behind and find consolation in a different one. That is the high road to Buddhism, not biblical theology.”
– N.T. Wright, Evil and the Justice of God, pg. 70

There was no concern for the world and the culture in which we lived only about escaping it. This seemed to fly in the face of Jesus’ high priestly prayer to His Father in John 17.

So, you have a group of people who understand that they belong to Jesus so you would think that they would want what Jesus wants as far as the mission of God is concerned, but all they cared about escaping and if they were evangelistic at all, they wanted to proselytize people into their escapist ideology. For them, there was no living in the world to make it a better place for the glory of God. There was either living for the sake of the world or living for the sake of their idea of God. And their idea of God involved a God who would take them out of the world so He could completely do away with it.

As I contemplated the words of N.T. Wright, I thought about how this unhealthy obsession with escapism has affected so much of Christianity and a lot of it comes from fundamentalist ideology. You don’t really see a lot of progressives that want to hurry up and get to Heaven so they can escape the conservatives, but you have a lot of conservative fundamentalist Christians who want to hurry up and go to Heaven not because they want to be with Jesus, but because they think they can finally get away from ‘those damn liberals.’ I think they’re going to be surprised. I think the 30 minutes of silence we see in Heaven (Revelation 8:1) is going to be everyone dropping their jaws at the sight of everyone that they thought for sure wouldn’t be there.

So, how do I know that there’s an unhealthy obsession with escapism in fundamental Christianity? Look at the sale of books about people that have allegedly been to Heaven and back. Christians are buying into this crap and they’re celebrating it as if it’s these works should be added to the Bible as canon.

One review of ‘Heaven is For Real’ says the following, “Heaven Is for Real… insists that the fantasy elements of this story are “true” — that this is a story that really happened and that this is “for real,” what “Heaven” is all about.

That means we can’t simply respond to this story as a story. It means we have to respond to this lie as a lie — as a mawkish, melodramatic, manipulative, sappy, shallow, schmaltzy, anti-biblical, anti-rational lie.

Christians who care about Christianity ought to be upset about a lie like that. But they won’t be, because this lie is embedded in a movie festooned with all the tribal signifiers that delight white evangelicals — praying firefighters, miracles that prove scientists are stupid, talking embryos in Heaven, etc. Include enough of the totems and talismans of their tribe, and white evangelicals will embrace this movie as their own.”

Pay attention to the last part of that review – “Include enough of the totems and talismans of their tribe, and white evangelicals will embrace this movie as their own.” WHERE IS THE LIE? All anyone has to do to attract Christians to their movie is have an Atheist antagonist that whitewashes all atheists as angry people who want to make the lives of Christians miserable. Oh wait! They’ve done that – it’s called ‘God’s Not Dead’! I’ve seen God’s Not Dead, and I refuse to watch God’s Not Dead 2, God’s Not Dead 3, and God’s Not Dead 76.
Christians, I mean this out of love and great frustration, embracing things like “90 Minutes in Heaven,” “Heaven is For Real,” and “To Heaven and Back” as real events that add to our theology of Heaven is exactly the reason why no one takes us seriously as intellectuals. We used to have geniuses in our camp that the whole world respected as intellectuals like Isaac Newton, Blaise Pascal, Francis Bacon. Now who is the most well known name in science that represents Christianity now? Ken Ham. A pseudo-scientist that can’t admit when he’s wrong. Is this is the best we can do?
Back to my original thought, this escapist ideology that has infected our religion like an annoying boil on our backside is nothing more than a redneck form of Buddhism because it leaves it’s adherents obsessed with “the other side” while ignoring our goal here on this side. Here’s the thing, it is apparent that we were not made to permanently reside here on earth. Ultimately, at the end of our Christian life we go to Heaven and we get to see Jesus and rejoice in His presence, but the Bible (intentionally, I believe) doesn’t give us that much detail about Heaven. Here’s what we know: Jesus is there, and sin and Satan are not there. That’s good enough for me.  The Bible has a lot more say about who are becoming and what we should be doing here.
So, until God calls us home and we see Jesus, we should follow Wesley’s words of wisdom and “Do all the good we can, by all the means we can, in all the ways we can, in all the places we can, at all the times we can, to all the people we can, as long as ever we can.”

This world, as it stands, may not be our home, but are not just passin’ through. There will come a day when Jesus will make all things new including the earth and what we do here until then matters.

Also, I highly recommend this video by David Platt (just watch it, it’s less than 5 minutes) taken from his Secret Church seminar where he covered Heaven, Hell, and the End of the World. He brings up the notion that a lot of these best-selling books about Heaven are being devoured by people who would describe themselves as being born again which tells nothing more than that the discernment within the Body of Christ concerning this topic is embarrassingly low.