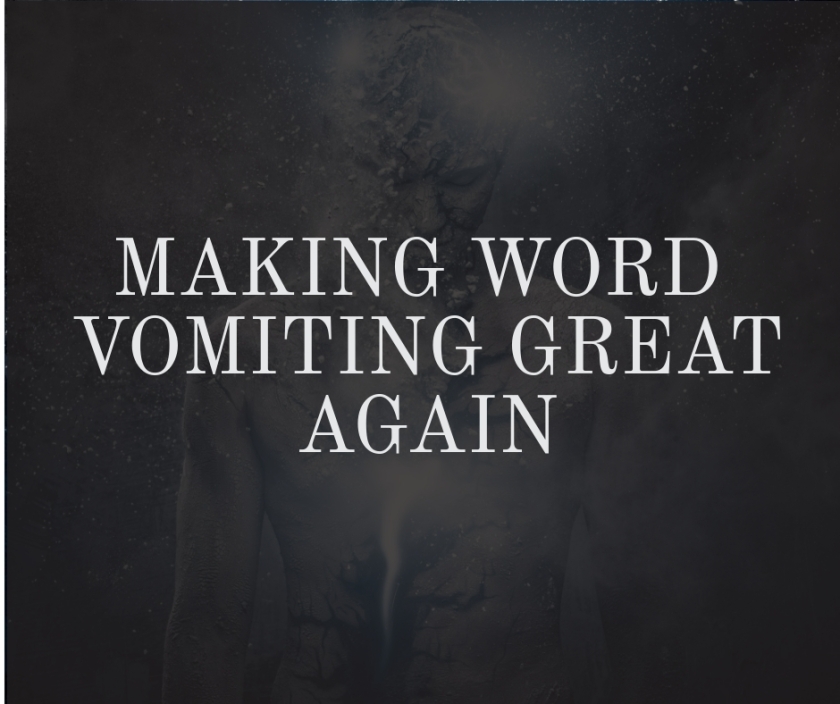 So, for the sake of my own sanity, I think I’ll voice my frustrations. I know some aren’t going to agree with me on a lot of these issues, but I don’t particularly care. I just have to get some things off my chest, and just for clarification, some of these issues are not related to one another, they are just things I’ve been thinking about for a while.

It’s really hard to get people to look to Christ when people who are Christians are looking to politicians to “make America great again.” Yep, you know who you are. With our mouths we tell people to look to Jesus and seek His kingdom, but with our Facebook posts we give the middle finger to everyone who doesn’t vote like we do. As a pastor, that’s something really hard to watch, but I see it all the time, and it kills me. I’m proud to be a Libertarian, but at the end of the day, I don’t care if you’re a Republican, Democrat, or a part of the Green Party. If you love and serve Jesus, then we can hold hands and fight the same battles side by side. The more Christians make political affiliation a matter of importance the more people will believe that Jesus is a flag waving, Republican or a Democratic Socialist, or a member of whatever party you affiliate with. You can either choose to make America great or you can choose to display the greatness of God’s kingdom. You can’t do both because the USA is not the kingdom of Jesus came to establish.

Christianity is a Religion, Get Over It

Secondly, can we stop pretending like “It’s not about a religion, it’s about a relationship” is not the dumbest thing to ever come out of someone’s mouth? Oxford (the only English dictionary that matters) defines ‘religion’ as such: “The belief in and worship of a superhuman controlling power, especially a personal God or gods.” Do you believe that God is personal? Do you worship Him? If your answer is “yes” to both of those questions then your relationship with God is your religion. Grow up and stop pretending like religion is a dirty word. If you think religion is a bad thing, then try to argue with God when He inspired James to write James 1:27.

One of the biggest problems with the American Church is that Christians are biblically illiterate. It seems like no one in the south who claims they are a Christian reads their Bible, and if they do, then they tend to read it with preconceived ideas about what it means. According to Lifeway Research, 34% rarely or never read the Bible. That’s 1/3. That’s a lot of people!

If God has given you a book, and directly spoken in said book, and you rarely or never read it, then either a) you don’t care about what God has to say or b) you don’t really believe that God has spoken in said book. That’s a problem! The reason why there are pastors who continue to preach trash in the pulpit is because of biblically illiterate churches who let them.

Saved by Grace? Yes? No? Pick a Side and Stay Over There

I’m tired of hearing Christians say things like, “Well, we’re saved by grace, but…” and then they’ll follow it some with some qualifier that completely goes against the first part of their sentence. They put qualifiers on grace. If grace has qualifiers then it’s not grace that’s all there is to it. They might as well be saying, “Jesus loves you, but don’t let that go to your head.”

Sunday Morning Worship Isn’t About You, and America Isn’t a Christian Nation

“Well, I just didn’t care for the music.” How many times have you heard this to describe a church service? Or, “It’s just not my style.”

When people use words like, “I,” “My,” or “Me” to describe a worship service, then they are making themselves the center of worship. A Sunday morning service becomes a time where they can have their preferred music, their preferred hymns, their preferred elements in worship instead of what is pleasing to God.

On the Sunday before the 4th July, many churches sang patriotic songs including “America the Beautiful” and our own national anthem as part of their worship service that morning. Why? Because we either believe a) America is God’s country and therefore, America should be worshipped along with God or b) we just don’t give a damn about Sunday morning worship and we should be able to sing about whatever we want depending on whatever godless holiday the world is celebrating.

I can hear patriotic Christians now pecking away at their keyboard, “But ‘Murica is a Christian nation.” First of all, only people can be Christian not nations. The only way a nation can be Christian is if every individual who is considered to be a father of our nation is in fact a Christian, and if you believe Thomas Jefferson and Ben Franklin are Christians (as admirable as they both are), then you have terrible theology.

Before you recommend David Bartlett and Wallbuilders to me in an effort to change my mind, just know that it’s not going to work that easily, and I know I’m probably not going to change your mind either which is why this post isn’t longer than what it is.

I will finish this section of this post with this thought, when God gave Moses the law, the first command was first the Israelites to worship no other god before Him. They didn’t have freedom of religion. God told them Who they were to worship and the book of Leviticus told them how they were to worship. They didn’t have freedom of religion. So, it is with our nation. We cannot say that America was established as Christian nation while the first amendment people to worship whatever and however they choose. I have no problem with the Constitution, I think it’s a fine document, but I’m not going to pretend that it is a Christian document nor will I pretend that America is or was a Christian nation.

It up to the Christians of this nation, not to establish a nation or kingdom of our own, but to pray, “Thy kingdom come, thy will be done on earth as it is in Heaven.” God establishes His kingdom. He doesn’t need our help. Our job is to live as citizens of His kingdom first, and in so doing we provoke others to inquire about the hope that is within us. (1 Peter 3:15) Our hope is not that any politician will make things better, but that Jesus will make all things new.

Go ahead, type up an angry email.