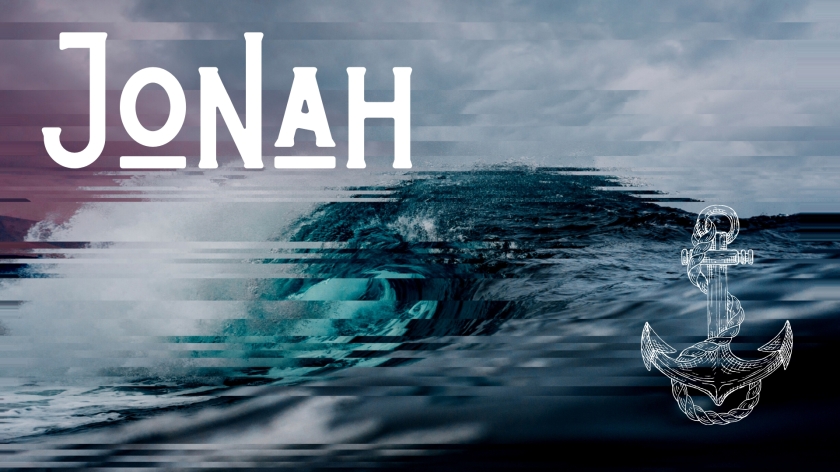 In his book Fearless, Max Lucado writes about the power fear possesses to turn us into beastly people:

“[Fear] turns us into control freaks … [because] … fear, at its center, is a perceived loss of control. When life spins wildly, we grab for a component of life we can manage: our diet, the tidiness of our home, the armrest of a plane, or, in many cases, people. The more insecure we feel, the meaner we become. We growl and bare our fangs. Why? Because we are bad? In part. But also because we feel cornered.

Martin Niemöller documents an extreme example of this. He was a German pastor who took a heroic stand against Adolf Hitler. When he first met the dictator in 1933, Niemöller stood at the back of the room and listened. Later, when his wife asked him what he’d learned, he said, “I discovered that Herr Hitler is a terribly frightened man.” Fear releases the tyrant within.[1]” – Max Lucado, Fearless

Now, you might hear that and think, “What does that have to do with Jonah? He’s not a tyrant. He’s not a dictator.” That’s true, he’s not, but his worst fears did come true, and it made him angry.

Now, we know from the last two weeks that Jonah has repented; he’s on the right track, but there’s a lesson for us here: we need to understand that, just like Jonah, just because we’ve repented and we’re on the right track now doesn’t mean that we’re not going to be tempted to fall back into old habits, old prejudices, and old insecurities.

In 1994, there was a Church of Christ minister named Roy Ratcliff who received a phone call from a gentleman who said that he knew of a prison inmate who had questions about the Bible and thought he might want to be baptized, and the man asked Pastor Roy if he would be interested in talking to this young man. So, of course, Roy Ratcliff obliged.

When he accepted the offer to help disciple this prisoner he didn’t think to ask who it was or what he had done, he just went.

When he got to the prison, he saw that the man who wanted to be discipled was none other than Jeffrey Dahmer. For those of you who don’t know Dahmer, he was a serial killer who confessed to raping, killing, and eating 17 young men and boys.

My guess is that none of us are wrestling with whether or not to show grace to a cannibalistic murderer, but like we said in the first week of this series, we all have biases and prejudices. Jonah had a bias and prejudice against the people of Nineveh of because of how they treated Israel.

“But it displeased Jonah exceedingly, and he became angry.” – Jonah 4:1, NKJV

Chapter 4, verse 1 – “it displeased Jonah exceedingly, and he became angry.” God knew sparing Nineveh would make Jonah angry, and He did it anyway because how Jonah feels doesn’t make God insecure.

Now let’s look at his prayer in verses 2-3. For the sake of clarity, I’m going to read these two verses from the CSB.

“He prayed to the Lord: “Please, Lord, isn’t this what I thought while I was still in my own country? That’s why I fled toward Tarshish in the first place. I knew that you are a gracious and compassionate God, slow to anger, abounding in faithful love, and one who relents from sending disaster. 3 And now, Lord, take my life from me, for it is better for me to die than to live.” – Jonah 4:2-3, CSB

There are two prayers in the book of Jonah. We studied the first one in chapter 2, and now this is the second one, and interesting to see how opposite these two prayers are.

“For the second time in this account, Jonah prays, but his second prayer was much different in content and intent.

Once again, Jonah would rather die than not have his own way![2]” – Warren Wiersbe

I want us to notice something in verse 2. What Jonah says is really revealing about his own heart.

Now, to set the scene for you in Exodus 34. Moses has up to Mount Sinai to receive the law, and when he comes down he finds the children of Israel worshipping a golden calf, and he becomes so angry that he throws the tablets down and breaks them.

So, what we have here two major things that we need to tie back to Jonah.

We could get really into really in-depth conversation about what’s really going on here, but ultimately what it amounts to is that God wants Nineveh to repent, and in their repentance, He wants them to discover who He is, namely that He is merciful.

And now, Jonah’s angry and then God asks him a question.

He doesn’t answer God at first. He just walks away.

“So Jonah went out of the city and sat on the east side of the city. There he made himself a shelter and sat under it in the shade, till he might see what would become of the city. 6 And the Lord God prepared a plant and made it come up over Jonah, that it might be shade for his head to deliver him from his misery. So Jonah was very grateful for the plant. 7 But as morning dawned the next day God prepared a worm, and it so damaged the plant that it withered. 8 And it happened, when the sun arose, that God prepared a vehement east wind; and the sun beat on Jonah’s head, so that he grew faint. Then he wished death for himself, and said, “It is better for me to die than to live.”

This is almost a humorous picture. Jonah is moody and grumpy because God spared Nineveh, and then he had a plant that providing shade for him, and now the plant is gone. The wind drove the clouds away so now the sun is beating down on his head and he just wants to die.

“You can be sure that you’ve made God in your own image when He hates all the same people that you do.” – Anne Lamotte

There’s all kinds of pictures we can paint in our minds that make us look good and the people we don’t like bad, but the truth is that we’re all bad. Only Jesus is good, and He came to make all of us good even our enemies.

Kevin Hale, a Presbyterian pastor in Conway, posted a statement on Facebook that I was relevant here. He says, “…if we follow the Lord we must be prepared for those we count as enemies to be counted as brothers.”

One more thing I want us to take note of this morning.

Did you notice something in verses 6-8?

God was in control the whole time. God raised up the plant to provide shade for Jonah as a sign of mercy, and then God took down the plant and allowed the sun to beat down on Jonah as a small taste of judgement.

Fast Forward to the New Testament. Think about who else gets angry when other people are blessed.

What does this all have to do with Jonah? What does Jonah, the older brother, and the angry workers all have in common? They’re angry because someone else received mercy.

This morning, where do you find yourself? Do you think that you’re owed mercy? Or do you know that you don’t, and you’re grateful that God poured His mercy on you anyway?

“Don’t use foul or abusive language. Let everything you say be good and helpful, so that your words will be an encouragement to those who hear them. And do not bring sorrow to God’s Holy Spirit by the way you live. Remember, he has identified you as his own, guaranteeing that you will be saved on the day of redemption. Get rid of all bitterness, rage, anger, harsh words, and slander, as well as all types of evil behavior. Instead, be kind to each other, tenderhearted, forgiving one another, just as God through Christ has forgiven you.” – [Ephesians 4:29-32 NLT]

I know a lot of times I post about theology but there are other times, like now, that I just like I need to share with you from my heart. Recently, I’ve discovered that I’ve been holding unforgiveness and bitterness in my heart against some people that I didn’t even know that I had resentment against. I’ve just been talking a lot of things through lately with myself and someone else that I love dearly and I’ve come to the conclusion that I can’t hold unforgiveness back in my heart anymore over something that happened two and a half years ago. Holding a grudge is only destructive to the person who is holding the grudge. There’s nothing that you gain from continually being angry over things that don’t affect you anymore.

In these verses in Ephesians we find Paul talking to the church at Ephesus instructing them not to use foul or abusive language. I like what the Good News Bible says in verse 29:

“Do not use harmful words, but only helpful words, the kind that build up and provide what is needed, so that what you say will do good to those who hear you.” – [Ephesians 4:29 GNB]

After reading this and continuing to read in verse 30, you find that using harmful words is in conjunction with grieving the Holy Spirit. God gave us a tongue to use wholesome speech for His glory. We’re supposed to use positive words to help people and be blessing. Lately, I’ve been guilty of complaining too much when I’ve been blessed far beyond what I deserve.

What I find interesting is that these ‘harmful words’ are not only in conjunction with grieving the Holy Spirit but apparently they are also connected with bitterness and unforgiveness. The reason they are connected is because in Luke it says:

If we really speak what is out of our heart then if our speech is negative then we need to examine our heart. The word for ‘harmful’, in the Greek, literally means something that is putrid or rotten. When I think of something that is rotten I think of something that is dead. When we hold unforgiveness in our hearts it will come out in our speech and we will hold on to dead issues that cause our hearts and our speech to be rotten and it will cause the hearers of that speech to feel rotten as well about your situation. But when our speech is good it will do good to those that hear it. The word for ‘good’, in the Greek, is the word charis which is also used for the word, grace. This leads me to believe that when our speech is good and wholesome it communicates something to the hearers about the grace of God. As your thinking about this, let God begin to melt your heart and take out things that don’t need to have any place there. You are loved by the King of Kings! Be blessed!