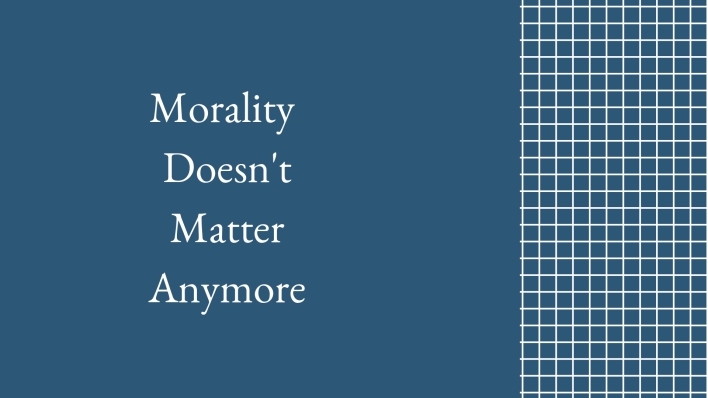 I spent a good deal of time yesterday watching the Cohen testimony. At this point I’m just convinced that anything that happens in DC is just a circus. Between the GOP fits or the Democratic bias it was insanity. But if you go back and watch, there’s this little subtle nod. It’s not always what’s said; but sometimes it’s what isn’t said.

So now we know.

The President is an adulterer.

The President is a briber

The Prident is a liar

The President hasn’t lost support from those in the Church at large.

But it does matter. Because so many have functionally baptized the President in order to make him more palatable. They speak of how great his faith is and while may not be perfect, they swear to us he’s a believer.

But that too is a lie.

Believers at least have the indwelling of the Spirit whereby they are convicted of their sins and are called to continuously look to Christ by faith and repentance for His righteousness alone as it’s offered to us in the Gospel. And for someone that’s surrounded themselves by more pastors than many others surely somebody has the scope of decency to say “Mr. President, you need to to repent”

But they won’t. And we won’t care. It didn’t happen. If it did, It happened so long ago.

Shame on us. That we would trade the red stew of political power for the Gospel. Shame on all of us. That we sacrifice our souls to not call him to repent and believe the Gospel we say he does. And shame on us for excusing it. Shame on us.